Out Of The Blue: Why is ocean energy experiencing a new wave of interest?

Out Of The Blue

Long considered the poor relation of solar and wind-based solutions, why is ocean energy now experiencing a new wave of interest?

There will soon be something new and powerful nestled 11m under the waves off the west coast of Wales. It will be entirely invisible from the surface or shore, but when it springs into action in early 2021, its impact could be felt across the world.

Originating in Perth, Australia, and shortly to be installed off the coast of Pembrokeshire is the prototype of an innovative wave energy converter called mWaveTM. Created by Bombora, its technology could enable a sea change, one that helps to bring ocean energy in general – and wave power in particular – firmly into the renewable energy ecosystem. 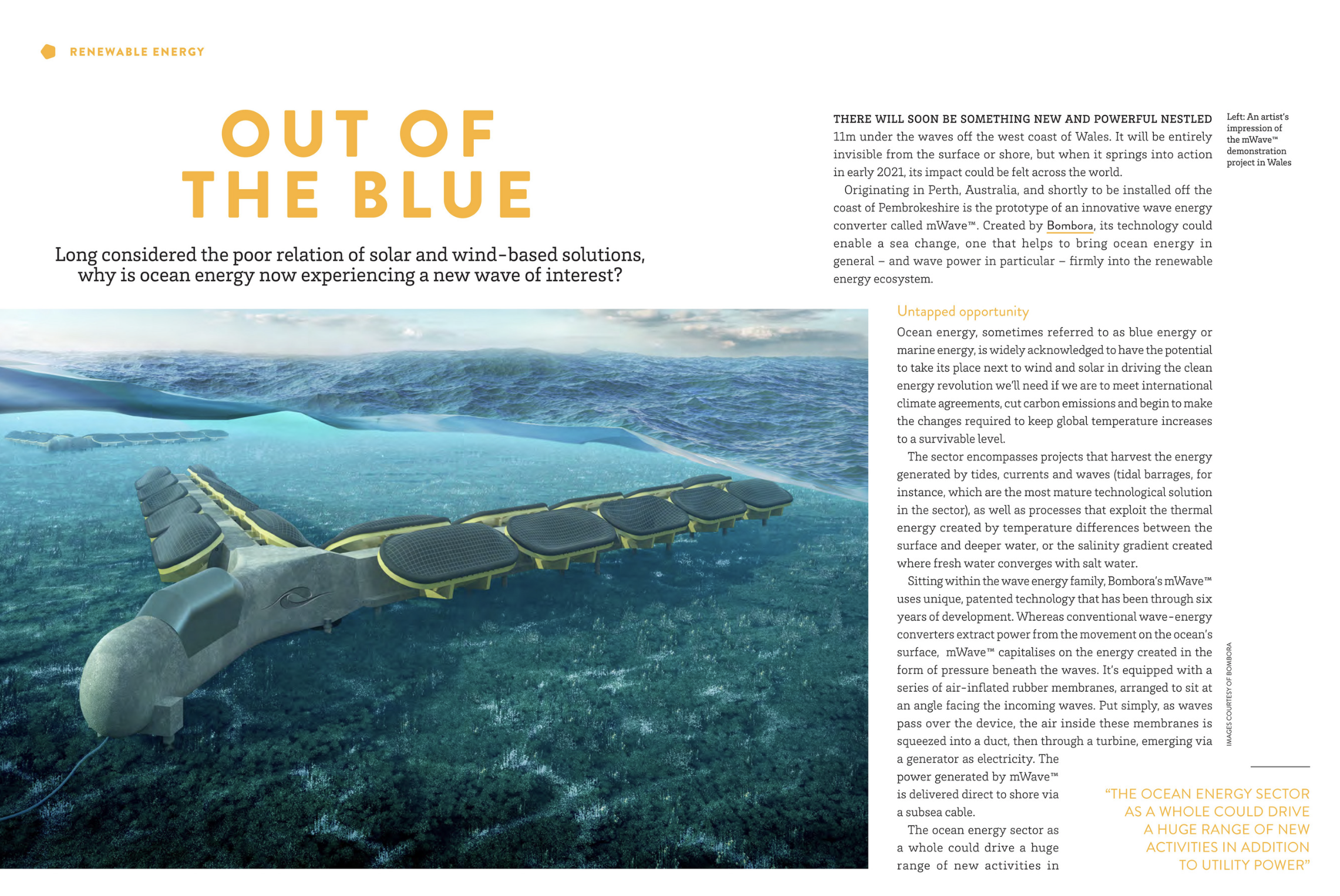