Wales On Route to a Clean Marine Energy Future

Early risers saw a sight to behold in Pembroke Dock at 6am on Sunday 12th July as Bombora’s bright yellow mWave™ wave energy converter ‘cell module’ structure travelled the 2 mile journey from the fabrication workshop of Altrad Services to the assembly workshop at Mainstay Marine Solutions. Onlookers could not be blamed for wondering what the giant yellow steel structure was. The first of its kind, full-scale ‘cell module’ is part of an innovative new marine energy solution being built and tested in Wales. The cell module transported on Sunday is the first of four 15-meter-long, structures that form Bombora’s 75-meter-long, subsea mWave. The cell module is a key component part of Bombora’s 1.5MW mWave Pembrokeshire Demonstration Project, which will be installed off the coast of Pembrokeshire in the first half of 2021. 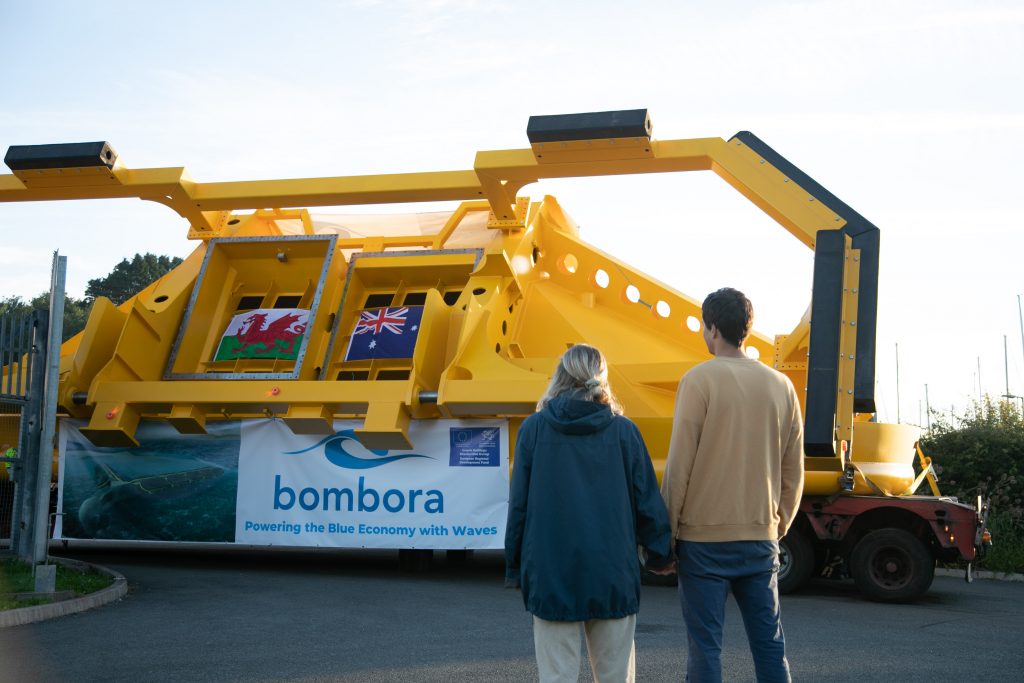 The patented cell module presents a step change from previous approaches to wave energy capture. Each cell module will be covered in a robust rubber membrane.  As waves pass over mWave, under-water pressure increases, causing the rubber membranes to compress in sequence, forcing air inside the membranes along a duct and through a turbine spinning a generator converting this rotation into electricity.

It is mWave’s large scale generating capacity that sets it apart as an exciting viable alternative to complement existing established forms of renewable energy in our global response to mitigate climate change.

The number of mWave cell module’s can be increased to suit the site location and generate more energy. Bombora’s first grid connected project will have 20 cell modules and generate 3.0MW. 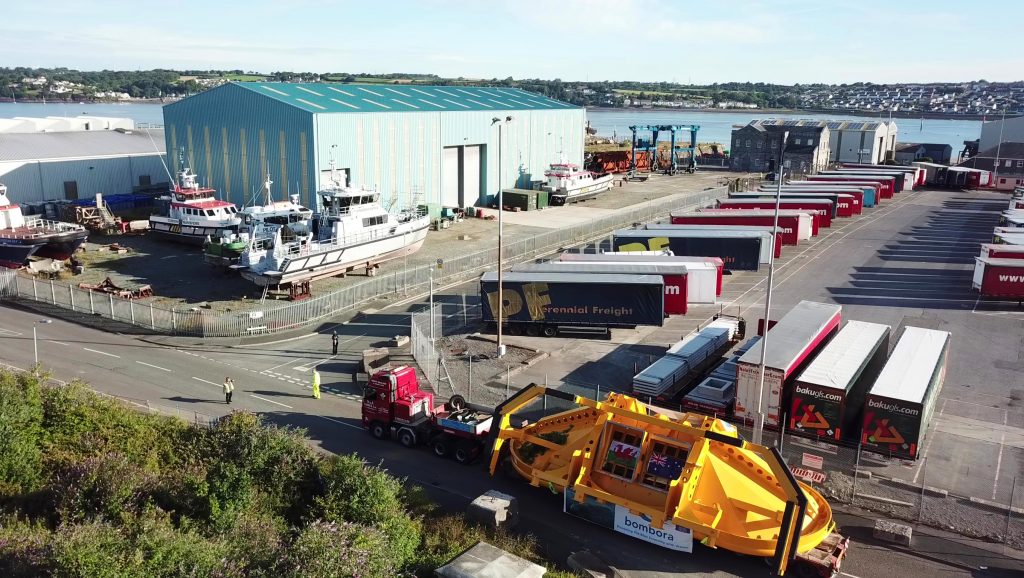 Bombora moved operations from Australia to Pembroke Dock in 2017 to be at the heart of Wales’ burgeoning marine energy industry. The company is now at the assembly phase of the 1.5MW mWave Pembrokeshire Project supported by a £10.3 million European Regional Development Fund (ERDF) grant through Welsh Government.

The1.5MW mWave Pembrokeshire Project is a key milestone in Bombora’s global market expansion plans.  Bombora plan to export the knowledge and know-how arising from the project at Pembroke Dock to support marine energy projects around the world.  Wales has wave and tidal stream export market potential of *£76 billion and Bombora are strongly positioned to play a key part in delivering this ambition.

Looking to the future, Bombora is progressing a 3.0MW grid connected wave park project in La Santa, Lanzarote, in addition to further opportunities in the Spanish Canary Islands, Japan, Ireland and Australia.